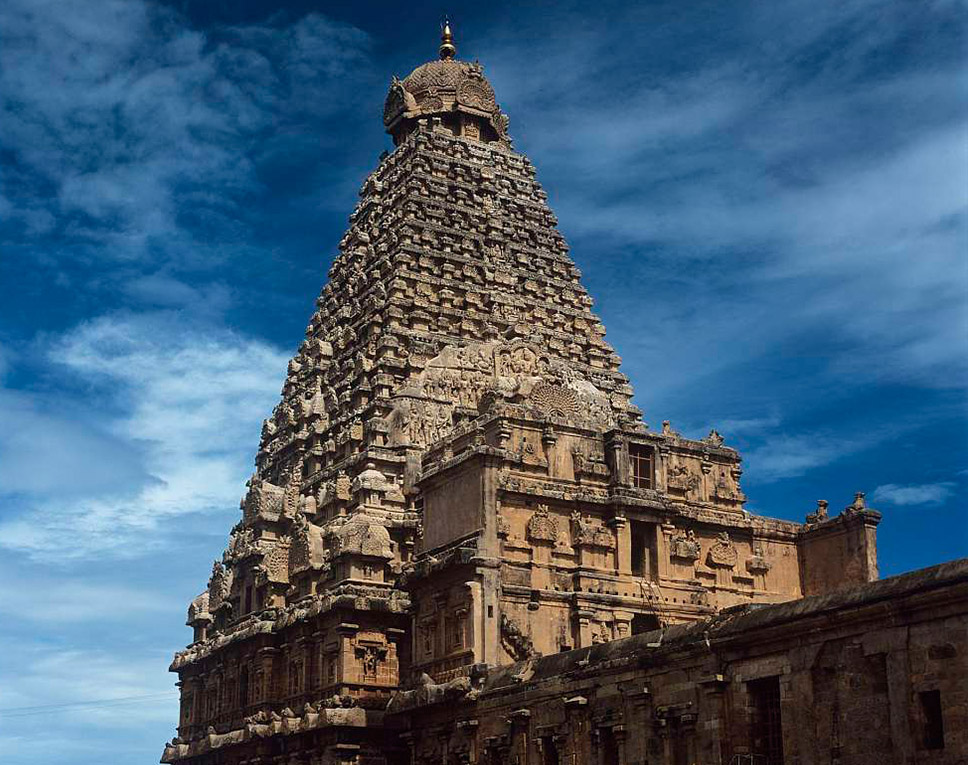 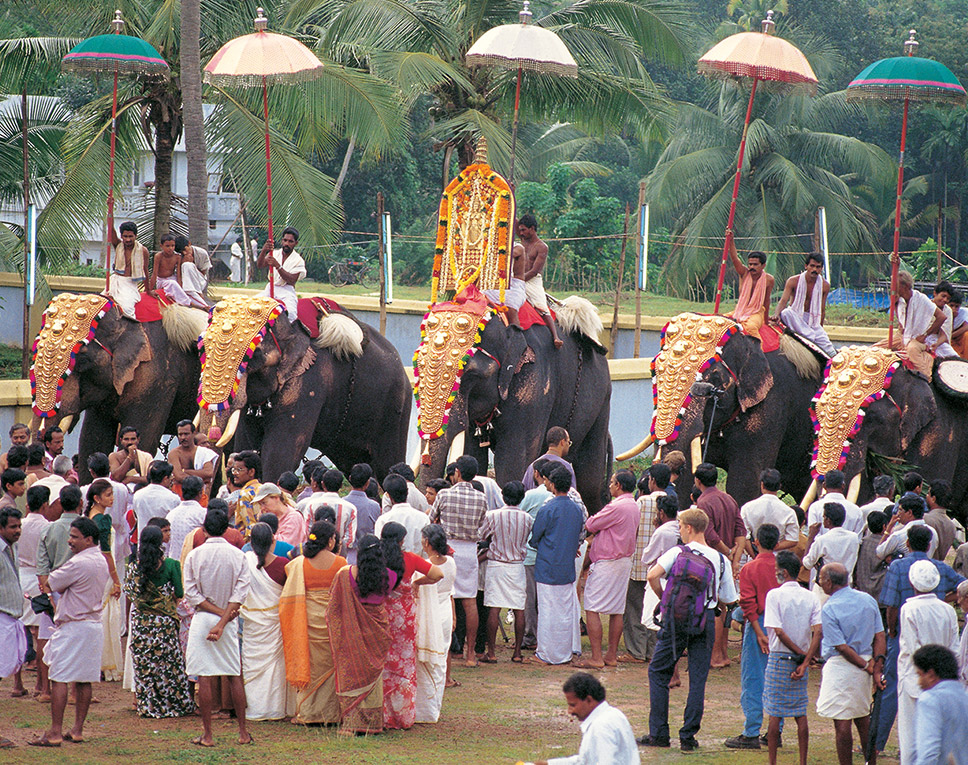 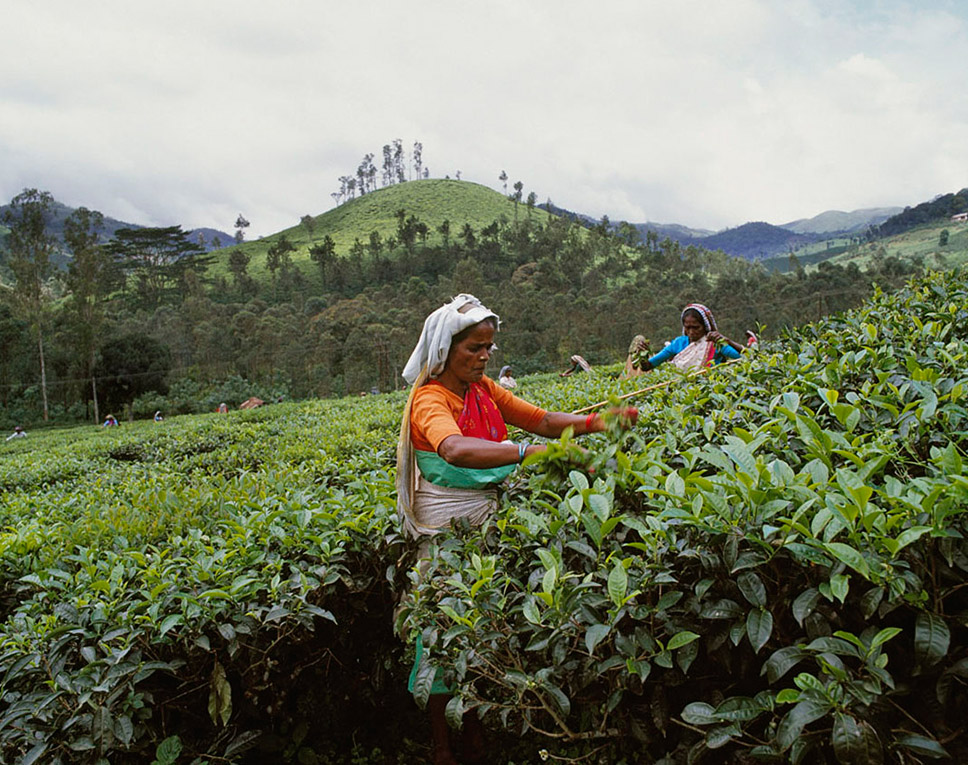 While North India was sacked and plundered by the hoards of invaders from 12th Cent. onwards; South India remained untouched hence has conserved the Hindu culture and temple architecture in its purest form. It has the most exotic temple towns, soaked in thousand-year-old traditions. The landscape of the south is equally beautiful, lush green paddy fields, the blue mountains covered with tea plantations and swaying palms on the emerald coast. It is the most rewarding part of India to travel through.

South India, comprises of the states of Andhra Pradesh, Telangana, Tamil Nadu, Kerala, Karnataka and Goa, located in the Indian Peninsula. The tourist trail of the South typically comprises visiting the exotic temple towns of Tamil Nadu, the French colonial outpost of Pondicherry, and the tea plantations and backwaters of Kerala. Ending in Cochin, charming town full of history and ancient Churches and temples.

There is another exciting trail, concentrated in the state of Karnataka, which starts in the tech city of Bangalore after that one heads to Mysore, famous for its palace and medieval temples. From Mysore, head north, towards the incredible archeological site of Hampi, which is spread over 25 sq km. On the way, one can visit beautiful temples of Belur and Halebid. From Hampi, visit Ahiole Paddakal and Badami. These three sites are known as the cradle of temple architecture in India from where the various styles of temples design evolved. From Badami one can drive to the coastal town of Goa, which has a heady mix of the Goan & Portuguese culture.